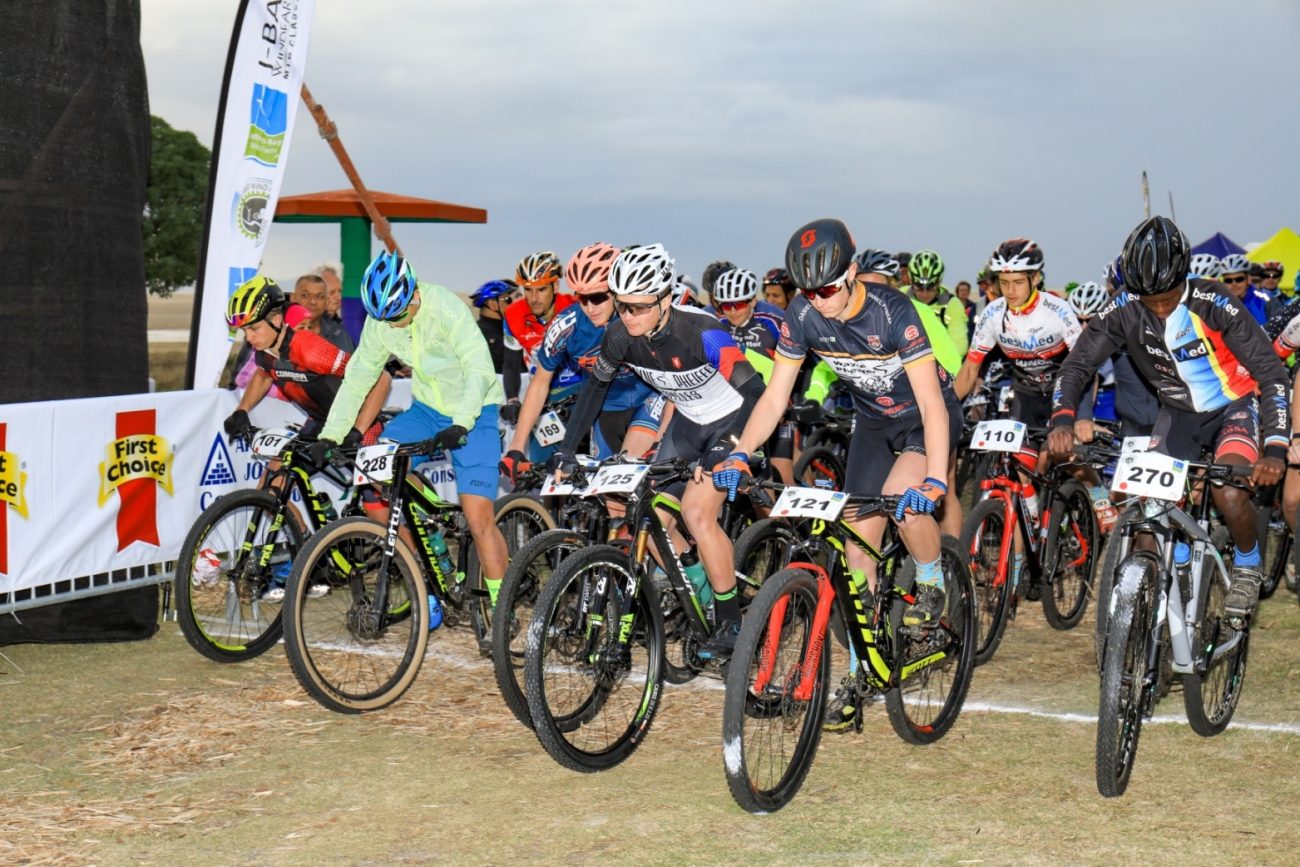 JEFFREYS BAY, EASTERN CAPE – The sixth edition of the JBay Wind Farm MTB Classic took place on Saturday 14 July. Some 500 riders of all ages and skill levels braved wet and chilly conditions to tackle the finest trails around the Eastern Cape holiday town of Jeffreys Bay.

The event, which forms part of the JBay Winterfest offered three distances a 25km fun ride, 50km marathon and the gruelling 85km ultra marathon.  At the sharp end of the ultra-marathon, Declan Sidey from Team Mad Macs p/b hazz out of Stellenbosch was the convincing winner.

“The bunch stayed together for the first 15 kilometres,” Sidey commented afterward. “Max (Sullivan) was feeling ill, so even though our plan was to try finish one/two, he told me to go.” According to Sidey he put in a big attack to see who else had good legs on the day, but no-one was able to stay with him. “In this kind of weather it’s better to be up-front anyway and be able to dictate your own lines,” he said, explaining that the torrential rain made for challenging conditions but the trails rode superb none-the-less. “Anyone who finished the race will really feel a sense of accomplishment, it definitely wasn’t east out there.”

Sidey’s 60-off kay solo effort was valiantly chased by a duo of Jasons from East London – 2017 defending champion Jason Reed and good friend Jason Peach. The two worked well together but were unable to bring Sidey back, who eventually crossed the in a time of 03:34:22 and claim the R11 000 first prize. Reed came in second (03:42:42), with Peach in third right behind him.

The ultra ran on much the same route as 2017 when it underwent a complete redesign. It did however feature a few new sections of singletrack as well as route designer Arthur Joubert’s trademark wooden bridges.

In the women’s race Yolande de Villiers rode a spectacular race to complete her hat trick, finishing sixth overall in the 85km, in a time of 03:59:51. She also collected the R11 000 first prize for her with Anriëtte Schoeman in second and Shauna Esmeyer rounding out the podium. “It was hectic out there,” commented a visibly exhausted De Villiers after the finish. “It was cold and muddy but I still had a lot of fun! The new bits of singletrack and bridges were really awesome,” she said.

While the racing snakes were battling it out at the sharp end of the field of a record field of nearly 500 other mountain bikers braved the torrential downpours to ride the only one-day event of its kind to traverse a wind farm.

“We have been a part of this event for four years now and are really proud of the association,” commented Mark Pickering, Managing Director of the Jeffreys Bay Wind Farm, who himself took on the weather. “The race has gone from strength to strength and it was really encouraging to see a record field despite the conditions,” he concluded.