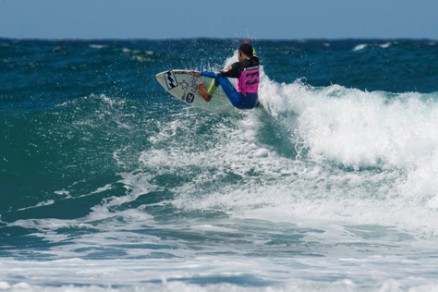 Surfing South Africa have selected the 2014 South African Junior Team, which will compete in the 2014 Vissla ISA World Junior Surfing Championship in Ecuador. Amongst the team selected is Joshe Faulkner of the Jeffreys Bay Surfing Foundation, which is sponsored by the Jeffreys Bay Wind Farm. “We are very proud of Joshe for his dedication to his sport and overjoyed that he will be competing in this international event amongst some of the world’s top athlete,” said Mark Pickering, General Manager of Jeffreys Bay Wind Farm.

Faulkner, from Pellsrus near Jeffreys Bay, has been seeded fourth in the Under 16 group and will surf for South Africa for the first time. He is the only surfer from the Eastern Cape, with the balance of the team members coming from the Western Cape and Kwa ZuluNatal. This is a big achievement for the Pellsrus community this is a big achievement, and especially his school, Pellsrus Primary, as Joshe is the only learner who has received SA colours for surfing.

The team was finalised after a three day training Camp held in Cape Town during February. It consists of eight boys and four girls in the Under 18 and Under 16 age divisions, who will join 300 athletes from over 30 countries at La Fae Beach in Salinas, Ecuador for the biggest international junior surfing championship in the world in late March 2014.

The ISA World Junior Surfing Championships is an annual event that was first held in Durban 2003. The South African team placed sixth in the 2013 event in Nicaragua.

Prior to the main event the team will meet New Zealand to contest the annually run ‘SANZ’ Trophy held between the two teams. South Africa dominated the head-to-head match-up up until 2013 when New Zealand pulled off a narrow win in Nicaragua. The two teams use this international “friendly” to fine tune their competitive strategies only days out from the main event. The unique trophy that is up for grabs is made out of a solid pounamu base with paua inlay and a surfboard made out of South African yellow wood.