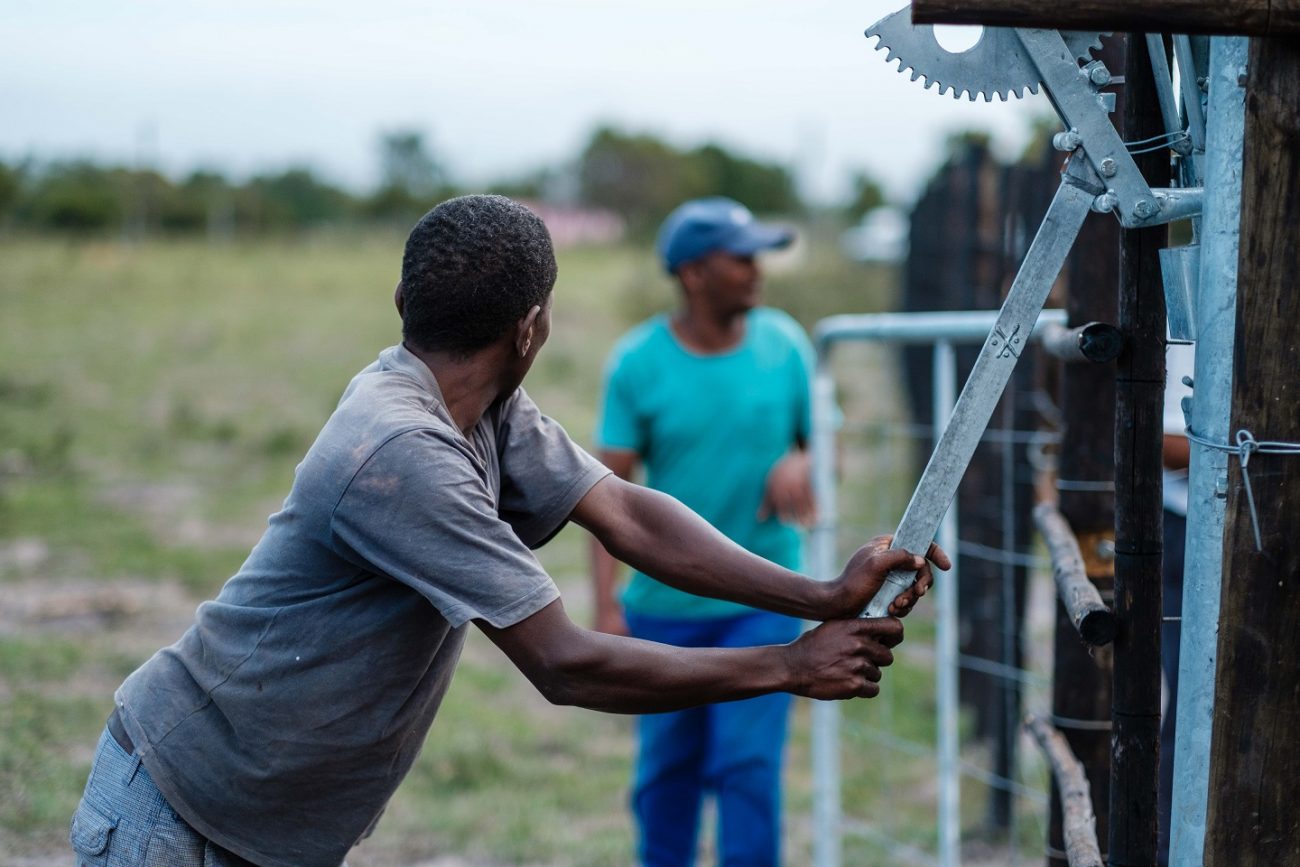 Brad Ker-Fox, is a 4th generation Eastern Cape agricultural pioneer and Project Manager for ABI Africa, an agri-business institute. He is passionate about Sustainable Agriculture and its potential to address environmental health, economic profitability as well as social and economic equity. He describes ‘Sustainable Agriculture’ as a modern term given to a holistic land use philosophy, which has been developed over many generations.

“This philosophy was developed by farmers, conservationists, ecologists and economists who observed the negative environmental, social and economic impacts resulting from unsustainable farming practices. The result of these unsuitable farming practices caused the degradation of habitat and loss of grazing which has also damaged the structure of the soil and affected water retention,” said Ker-Fox.

Sustainable agriculture in the Eastern Cape ultimately seeks to sustain farmers, resources and communities by promoting farming practices and methods that are profitable, environmentally sound and good for communities. It is crucial to the environment as it protects and enhances soil quality thereby putting an end to soil erosion and desertification, it also contributes to protecting dwindling water resources and it increases biodiversity by re-establishing a variety of naturally occurring organisms.

As one of the largest renewable energy producers in the country, Jeffreys Bay Wind Farm is a prime example of moving away from fossil fuels that draw on finite resources existing in nature and moving toward the harnessing of abundant renewable resources.

It stands to reason that this wind farm supports and funds a number of sustainable farming development programmes through its Economic Development initiative. This includes the Wonder Water Cattle Farming Project and the Kruisfontein Emerging Cattle Farmers Herd Improvement Programme. Both of these programmes aim to convert the overall herd from that of poor genetic quality, low value animals to superior quality, high value animals.

The link may not seem obvious, but in essence, high quality stock feed off the same grasslands as their poorer genetic counterparts, but the genetic improvement utilises the same fodder to produce a higher quality meat.

“The importance of agriculture and the emerging farmers of the rural communities to our national economy is well known and their contribution to the alleviation of poverty, food security, employment creation and the sustainable management of natural resources is critical. Furthermore, we believe that livestock should be considered as one of the most valuable resources in the province considering their economic and cultural importance to the rural people in the Eastern Cape,” said Hlengiwe Radebe, Economic Development Director for Jeffreys Bay Wind Farm.

Ker-Fox’s love of the land was passed down to him by his maternal grandfather, Oswin Ramsay, a published poet in the 1950’s and an Eastern Cape Farmer who encouraged his young grandson’s interest in livestock. His work allows him to follow this calling, to work with rural communities through sustainable agricultural programmes. In fact, ABI Africa, a private enterprise that was established by Dr Reuel Khoza, Dr Neil van Zyl and Ker-Fox, is specifically focused on developing rural communities within the Agriculture industry and associated primary sector opportunities. The long term goal of this initiative is to be a positive agent of change within rural South Africa and to contribute effectively toward the development of social capital and the development of a vibrant economy within rural communities.

“The Alien Eradication/Biomass Programme correlates with our Livestock improvement and Grazing Management Programme and Fodder Production Programme, which culminates in the ability of our rural farmers to promote food security as well as increase their income while encouraging biodiversity conservation within the Eastern Cape,” explained Ker-Fox.

Sustainable agriculture addresses the primary need of human survival through the production of plant and animal products, including food, in a way which uses farming techniques and technology that protect and enhance the environment. This also addresses issues around the health of consumers, development of employment opportunities in rural communities, and the welfare and treatment of animals.

Sustainable Farming can only succeed with the support of the Consumer. Educated consumers can change the way things are produced. In reality the consumer can alter the environment that they live in by supporting sustainable and natural farming methods and moving away from genetically modified products, hormone induced growth and factory farming. Hence, the consumer and the producer need to become partners rather than competitors.
“Only by mobilizing social, economic and environmental action together can we eradicate poverty irreversibly and instil a sense of custodianship over our natural environment,” concluded Ker-Fox.

South Africa joined other countries worldwide with the commitment to sustainable development and carbon reduction and supports the United Nation’s sustainability goals: Transforming our World: the 2030 Agenda for Sustainable Development. According to the UN, this agenda envisioned the creation of a world where “all life forms can thrive” and was “free of poverty, hunger, disease and want”.

ENERGY FACT #5
One megawatt of wind energy equates to 2 600 fewer tons of carbon emissions, based on its comparison with coal fired energy generation.
See more facts