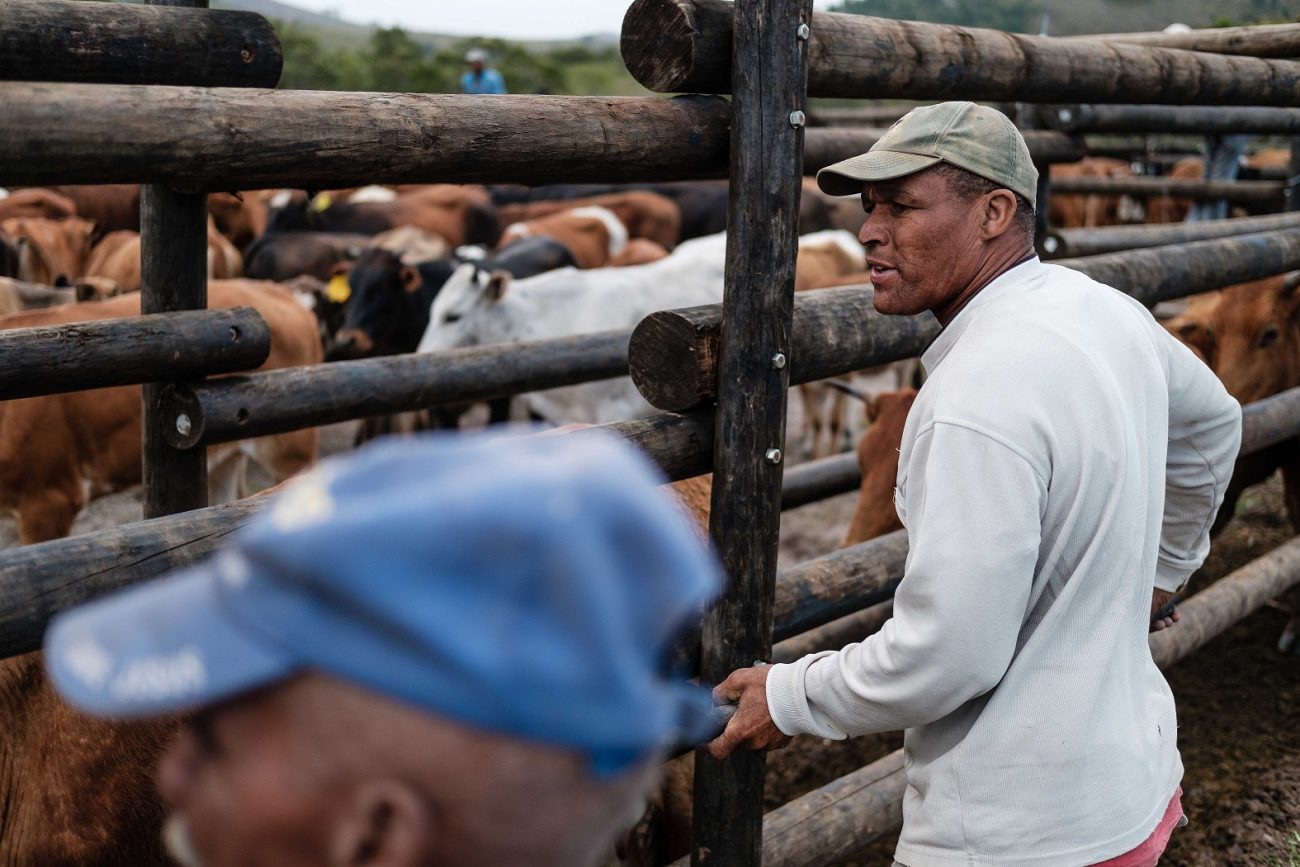 It’s just a year since the Kruisfontein Emerging Cattle Farmers Co-operative welcomed their first superior genetic bulls, funded by an enterprise development programme, and already they are reaping the rewards.

The results achieved from the first crop of calves, from the introduction of the new superior bulls as implemented in year one are now reaching weaning weight. These calves have shown a rapid increase in quality and vigour and weigh substantially more than their counterparts from the other inferior bulls.

“This Programme has already boosted our Co-op and taught us a new way of thinking about cattle farming, which we can pass on to future generations. What’s more, it is already having an impact on our community and creating jobs,” comments Mr Vaaltyn Felix, Chairman of the Kruisfontein Emerging Cattle Farmers Co-operative.

Productivity by measuring female animals in calf, reaching calving, mortality rates and weaning percentages, is another way to see if this Enterprise Development Programme is having a real impact.  The numbers show that roughly 100 calves have been born since the inception of the programme, with the average weight of 190kg to 220kg at 7 months, compared to 130 to 170 kg at the same age for the previous calves produced in the herd.

There are a further 195 cows confirmed in calf to the new bulls showing an improved conception rate under structured management and the results from the first round of embryo transfers show the conception rate of between 50 and 60% for the Invitro Fertilization  programme.

“It is easy to measure success with this programme, we basically look at birth weight and weight up to and at weaning and then compare these results with other calves of the same age, under the same conditions from other rural herds,” said Hlengiwe Radebe, Economic Development Director for Jeffreys Bay Wind Farm.

While the Eastern Cape is the country’s premier livestock province, home to about 60% of the cattle herds, drought has taken its toll. In order for the Co-op to comply with the ‘Beef and Droughtmasters standards’, the decision was taken three years ago for the members to get rid of their own bulls, and for eight new bulls to be made available for breeding.
“The Eastern Cape is beginning to receive provincial government support and develop niche markets in high-value meat cuts; a niche market we are able help our local farmers get access to by improving the genetics of their herds,” added Radebe.

The Kruisfontein Emerging Cattle Farmers Co-operative comprises both male and female farmers, who have been running a herd for over 12-years.