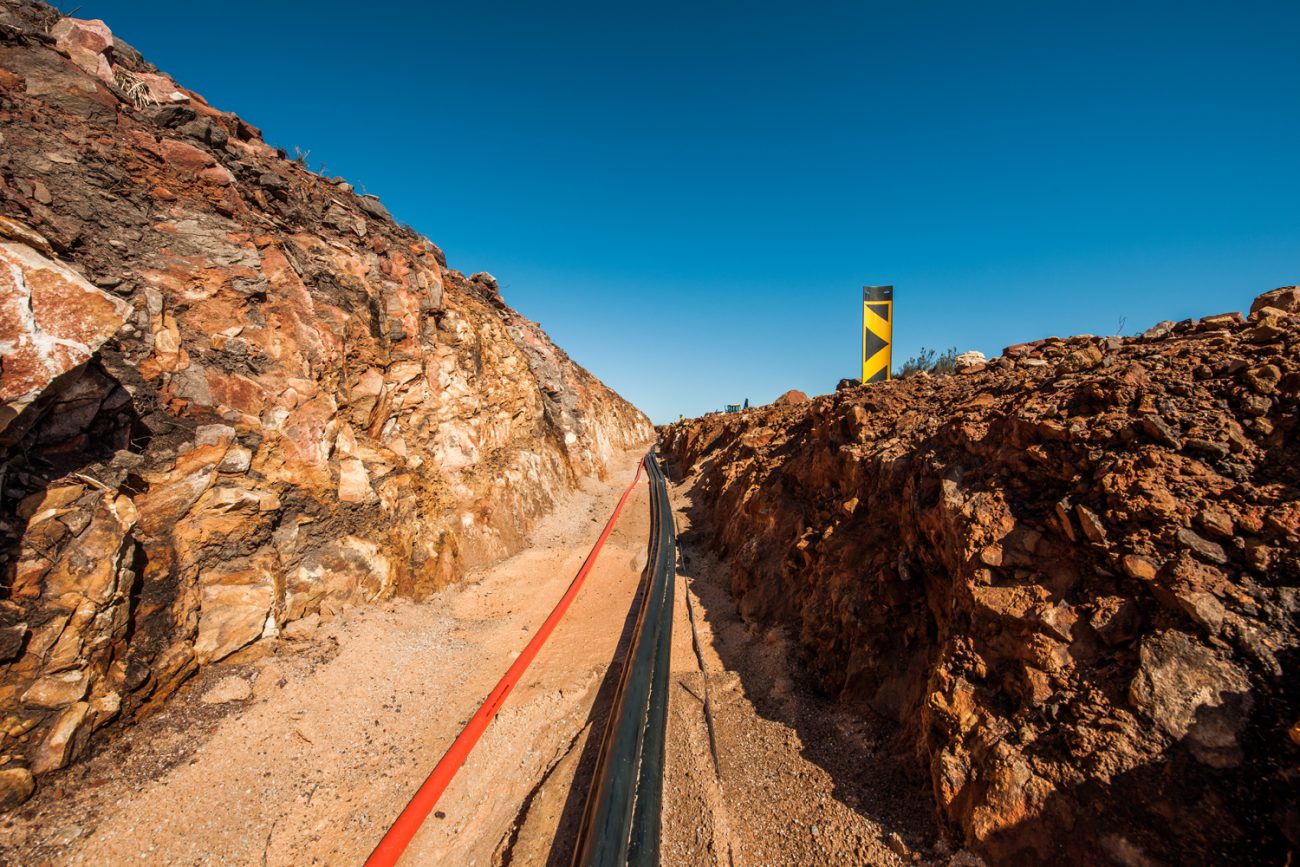 The 138 MW Jeffreys Bay Wind Farm today officially celebrated the start of construction at an event attended by guests representing the community, industry, international and local organizations, lenders, and members of the government and local municipalities. The project is one of the first and largest wind facilities in the country to start construction as part of the South African Government’s Renewable Energy Independent Power Producer Procurement Programme (REIPPPP).

Jonathan Hoffman, Senior Business Development Director for Globeleq commented at the event: “Today represents a great accomplishment for South Africa’s energy sector. We broke ground on one of the largest wind projects across the African continent. The dedication and commitment of many individuals and organizations have made Jeffreys Bay Wind Power a reality.

The project adds to Globeleq’s extensive African power generation portfolio and illustrates our ability to mobilize capital for sustainable and productive power generation investments. Globeleq looks forward to working with our consortium partners, the contractors and community to successfully build the project on time, safely and within budget. Globeleq proudly endeavours to help create and expand South Africa’s renewable business and continue to create more jobs.”

The 138MW Jeffreys Bay Wind Farm will consist of sixty Siemens SWT 2.3 MW wind turbines and is located between the towns of Jeffreys Bay and Humansdorp, in the Kouga Municipality on the Eastern Cape. The site is situated across a total of eight farms and spans almost 3700 hectares of land. The location was chosen due to the good wind resource, relatively flat topography, minimal environmental constraints and proximity to a 132kV Eskom grid line.

On November 5th 2012 the Jeffreys Bay Wind Farm project company signed a 20-year Power Purchase Agreement with Eskom, an Implementation Agreement with the Department of Energy and reached financial close with a syndicate of lenders led by ABSA.

Speaking at the ceremony, Mainstream Renewable Power’s Chief Executive Eddie O’Connor said: “This is a great milestone for South Africa’s burgeoning renewable energy industry. Mainstream Renewable Power is delighted to see this day after developing the Jeffreys Bay wind farm with our partners Genesis Eco-Energy since 2009. South Africa is endowed with an extraordinary wind and solar resource and Mainstream is developing over 4,000 MW of wind and solar projects in South Africa to harness this free source of power. We commend the Government of South Africa for providing the right framework to establish this new industry and we look forward to continuing our long-term goal of bringing real and sustainable social and economic benefits to South Africa.”

The Executive Mayor of Kouga Municipality noted: “The Kouga Council is proud to be part of this historic event and excited about the opportunities it presents to our region. Sustainable and clean energy is the way of the future. We owe it to our children and grandchildren to support initiatives such as these. As a region, Kouga is well positioned to become the green energy capital of South Africa. We are grateful to the Jeffreys Bay Wind Farm for the role they will be playing in helping us to reach that goal.”

Siemens Wind Power will provide expertise and technology for the supply, installation, and erection of turbines. The civil and electrical works – including construction of a new substation – will be completed by a joint venture between Murray & Roberts Construction and Consolidated Power Projects. The project is expected to supply energy to the national grid by mid 2014. Construction will be jointly managed by Mainstream and Globeleq, with Siemens maintaining the turbines for a period of 10 years.

During the construction period an average of 200 jobs are expected to be created. The number of jobs will vary from month to month depending on the stage of the construction work on site. More indirect jobs will be created or sustained at local manufacturers and suppliers. The contractors responsible for building the wind farm are committed to employing as many people from the local community as possible and procuring goods and services from the local community where feasible. During the twenty year operation of the wind farm, approximately 11 long term jobs will be created to operate and maintain the wind farm.