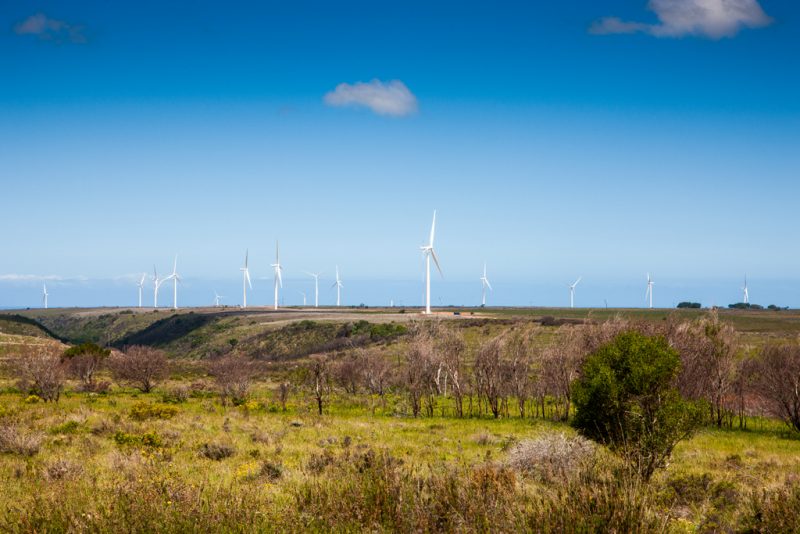 All 60 Jeffreys Bay Wind Farm’s turbines are now in place and the project is swiftly moving along to its Commercial Operations Date in May. This follows closely on the announcement that the Project has commenced supplying power to Eskom, one of the country’s first wind farms to do so in South Africa. “We didn’t expect to complete the turbine erections this week, but the weather played along beautifully,” said Mark Pickering, General Manager of Jeffreys Bay Wind Farm.

A number of dedicated turbine erection crews, totalling around 90 men, have been working tirelessly to erect the Project’s turbines since August last year. “The crews focus and commitment never wavered, for this we are truly grateful,” added Pickering. Pickering continued, “During this period, crew members took the opportunity to gain experience and benefit from skills transfer, which they will take with them to other wind farm projects.”

Jeffreys Bay Wind Farm spans 3 700 ha and is one of the first wind farms being developed by the South African Governments Renewable Energy Independent Power Producer Procurement Programme (REIPP). The site was chosen for its optimal wind conditions and minimal environmental constraints, as well as its close proximity to a 132 kV Eskom grid line. With demand for electricity continuing to grow in South Africa, the introduction of this clean energy will have far reaching benefits for the country’s power sector, economy and people.