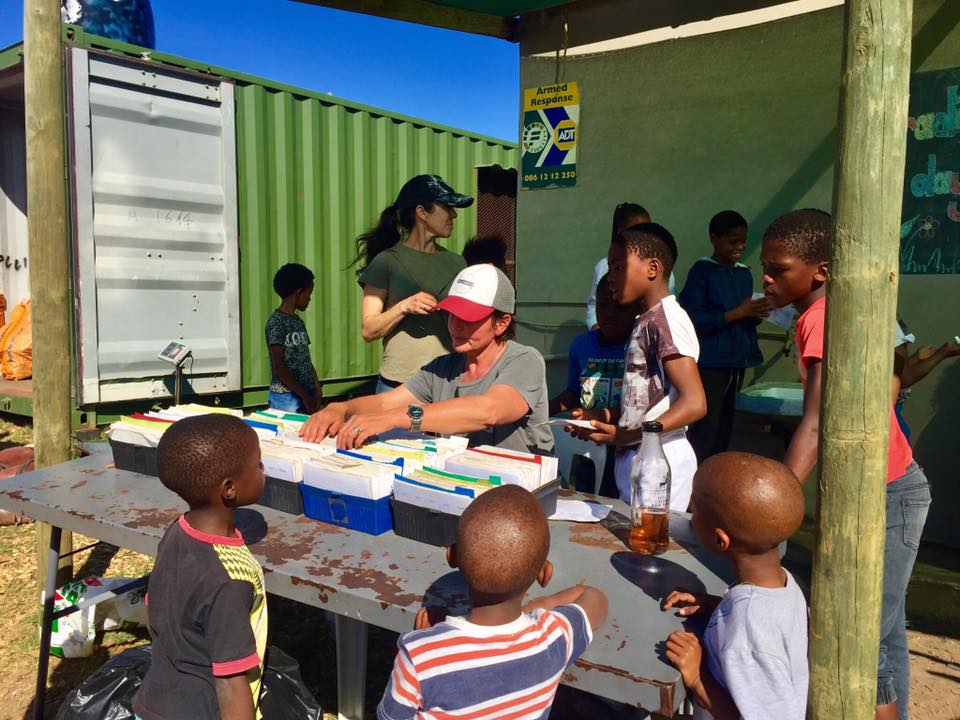 Jeffreys Bay Wind Farm has been supporting the Jbay Recycling Project since 2014 and has once again re-affirmed funding for the local community project and has put its support behind 2019 National Recycling Day, on 20 September 2019.

The Jbay Recycling Project is an established community programme situated in Pellsrus that teaches children a number of essential values about the value of recyclable goods, saving, trading, independence and self-worth. Items such as school uniforms, which are in high demand at this time of the year, as well as bicycles are made available by the additional wind farm funding, and are available for purchase by the local children with the tokens earned from recyclable goods.

“Children can swap tokens received from recyclable material for these much sought after items that they would normally not be able to afford,” explained Anna Letsoalo, Senior Economic Development Officer for Jeffreys Bay Wind Farm.

The project was established in January 2011 and assists school-aged children to provide for their basic needs by exchanging recyclable materials for items like toiletries, food, stationery, school uniforms, clothes and toys in a ‘swop shop’. Aptly called ‘turning trash into treasure’, thousands of children have participated and hundreds of tonnes of recyclable material has been collected since the Project’s inception.

The project operates from the community centre in Sarah Baartman Avenue, Pellsrus and serves children of Jeffreys Bay aged between 5 and 16 years. The best part is that all are welcome and children get to choose their own goods, as adults are not permitted into the shop!

South Africa joins the global movement in encouraging environmentally positive actions. After the successful launch of Global Recycling Day in 2018, the Global Recycling Foundation has announced the theme of 2019 as ‘Recycling into the Future’ with a focus on the power of youth, education and innovation in ensuring a brighter future for the planet.